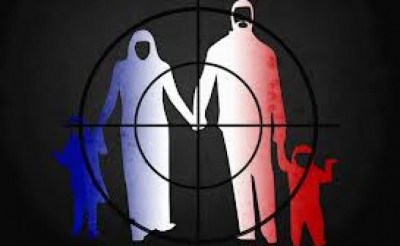 A future without independent media leaves us with an upside down reality where according to the corporate media “NATO deserves a Nobel Peace Prize”, and where “nuclear weapons and wars make us safer”.

If, like us, this is a future you wish to avoid, please help sustain Global Research’s activities by making a donation or taking out a membership now!

The Dangers of Values: Brenton Tarrant, Fraser Anning and the Christchurch Shootings

In August last year, Anning made the claim before his Senate colleagues in his maiden speech that Australia needed to finally redress the issue of immigration.  He reflects on the era of Sir Robert Menzies, one where change was slow and wealth abundant; he then looks the country now, and sees welfare seekers everywhere.

The United States will impose visa restrictions on people responsible for any International Criminal Court (ICC) probe, a move aimed at preventing the court from pursuing the United States and its allies regarding their actions during and after the invasion in Afghanistan, Secretary of State Mike Pompeo said Friday.

Philippine President Rodrigo Duterte and his government committed war crimes and crimes against humanity, aided and abetted by U.S. President Donald Trump and his administration, according to a recent ruling from the International Peoples’ Tribunal on the Philippines.

The US-Taliban Talks Are “Renewing” the US Occupation of Afghanistan

The US is spearheading a “peace negotiation” campaign with Taliban since weeks in Qatar’s capital city, Doha. The US special representative on Afghanistan Reconciliation, Zalmay Khalilzad, has been spelling out the details of conclave through his twitter account. There is no Afghan or international journalist or correspondent allowed on the scene to report on actual minutes of the meeting that allegedly took place.

The US Revisits the Cold War Era in Its Stance on Cuba. Enacting Title III of the Helms-Burton Act:

A number of recent speeches by US President Donald Trump have featured Cold War Era rhetoric, including the claim that in ‘the United States, we are alarmed by new calls to adopt socialism in our country’.

President Trump and the Democratic Congress: The Score Sheet

Going into the third year of President Trump’s presidency, it is necessary to draw a balance sheet on who is winning and/or losing.

We will proceed by first analyzing domestic outcomes and then turn to foreign policy.

Articles were regarded as “negative articles written about Islam”, if they “referred to Islam or Muslims alongside words like violence, extremism, terrorism or radical”. It should be noted – this is a pretty expansive definition. A story that accurately reported a noteworthy incident of Muslim violence, without being inflammatory or misrepresenting material facts, and which had the respectful cooperation of Muslims, would still be caught up under this definition.

Note to readers: please click the share buttons below. Forward this article to your email lists. Crosspost on your blog site, internet forums. etc.

Cookies
To make this site work properly, we sometimes place small data files called cookies on your device. Most big websites do this too.
Accept